The home is the principle piece of sculpture in the gardens. It is the reason for which the gardens themselves exist. It was designed by Ted and Ann Schnormeier in 1992 and was inspired by Fallingwater by Frank Lloyd Wright. Construction was commenced in April of 1993 and completed in April of 1994.

Many elements of the home are representative of the Japanese influence in Wrights work, which he incorporated in most of his designs after spending a number of years in Japan designing some of his most important early works.

The antique Japanese cast bronze temple urns located in the foyer are several hundred years old and are of very high quality and very valuable. They are more finely designed, executed, and in better condition than are any to be seen in museum collections. 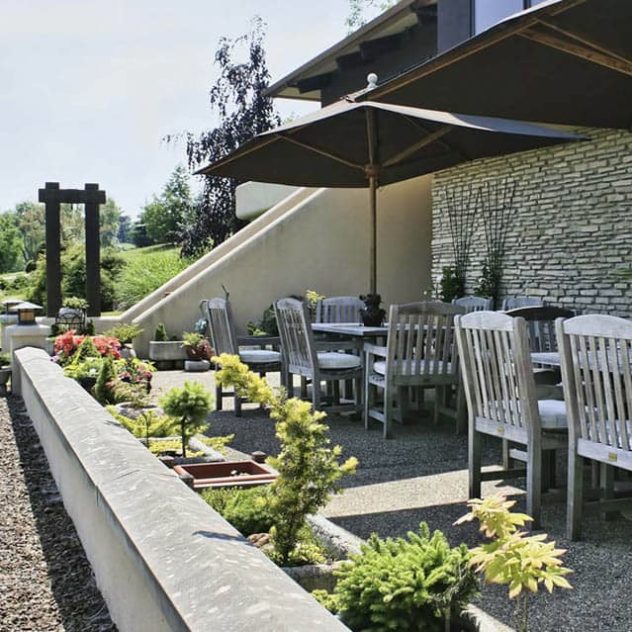 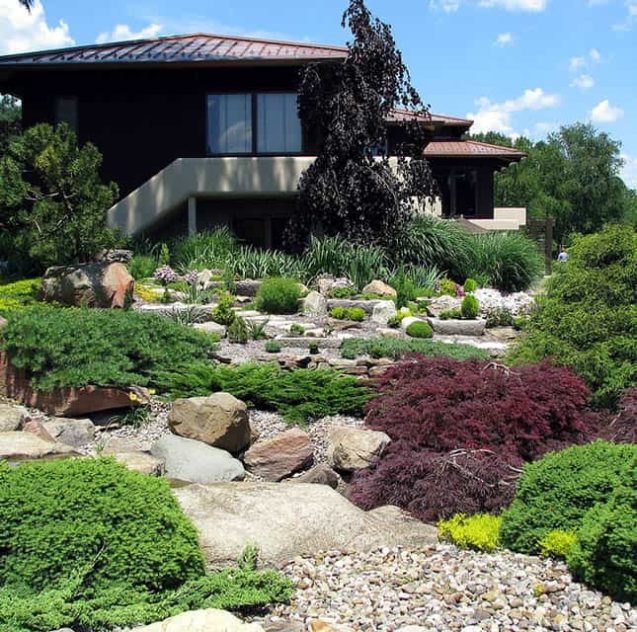 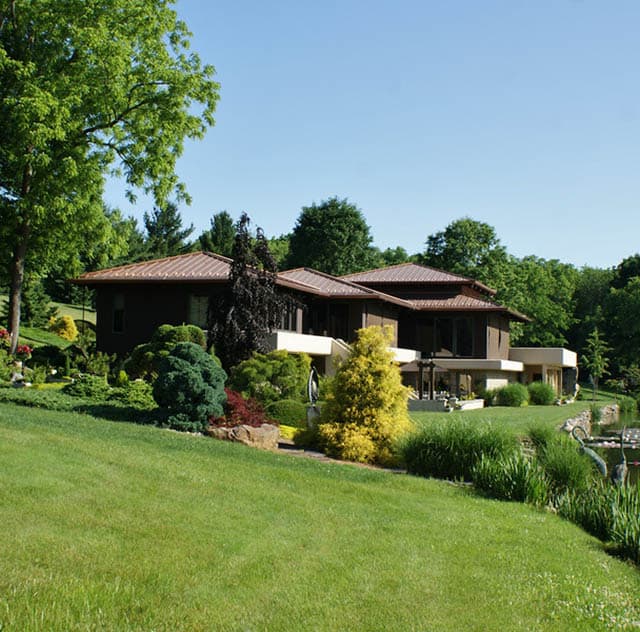 The home consists of four square boxes, or pods, for each of the living areas and are joined by connectors of which one is the entry foyer and the other two serve purely as hallways, or connectors between the various pods. The main pod is the living room and has a large clearstory, or cupola, which is not visible from the interior but is a very distinct feature from the exterior. Its purpose is solely as an exterior architectural design element. It contributes a great deal to the overall appearance and also serves to aid in the representation of the home as a Japanese village.

The materials for both the interior and the exterior of the home were very carefully selected so as to achieve the desired result. The commercial copper finished standing seam steel roof is the most dominating element from the exterior, with the glass walls being a close second. After all, Mr. Schnormeier spent his entire life in the window and door manufacturing business. The EIFS commercial synthetic stucco, color and design is meant to evoke the feeling of Frank Lloyd Wright’s Fallingwater.

Many elements of the home are representative of the Japanese influence in Wrights work, which he incorporated in most of his designs after spending a number of years in Japan designing some of his most important early works.

The predominant materials on the interior start with the three-inch thick by six-inch wide tongue and groove white fir ceilings with seven coats of hand rubbed finish. The windows, doors, trim, furniture and cabinets are all Honduras Mahogany and the wood floors are either Brazilian Cherry selected for its natural color and durability as well as the black granite from Madras, India. No time, effort or expense was spared to use the finest materials available in the world to construct the home.

The Main House is currently closed to the public, but plans are in place to open the house for tours in the near future.

The Main House is currently closed for tours. 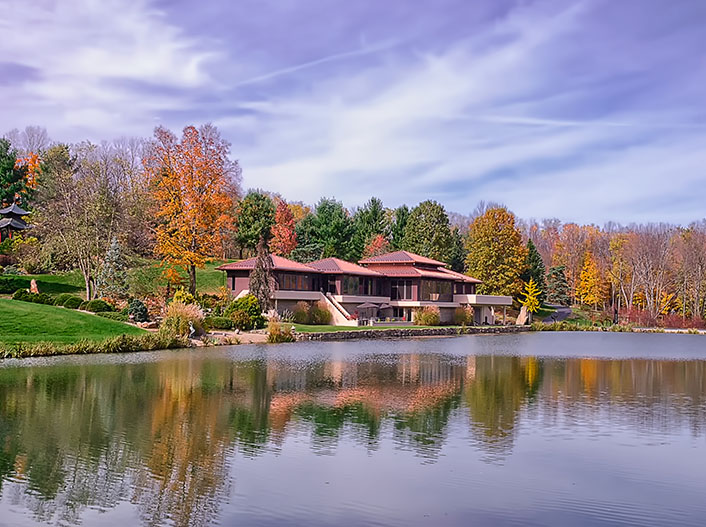 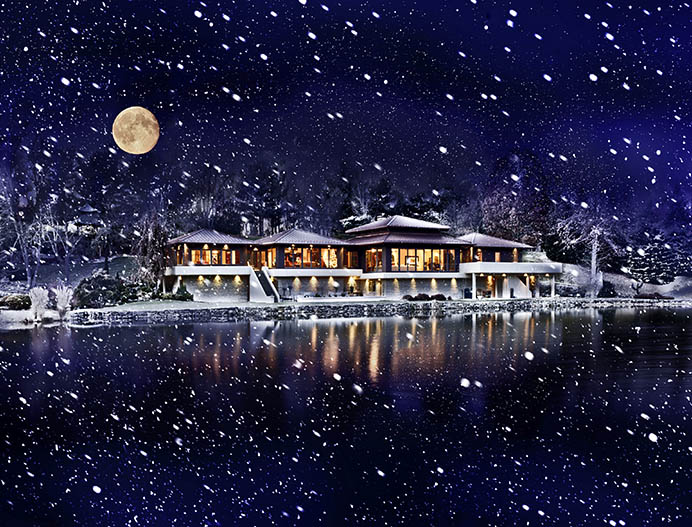 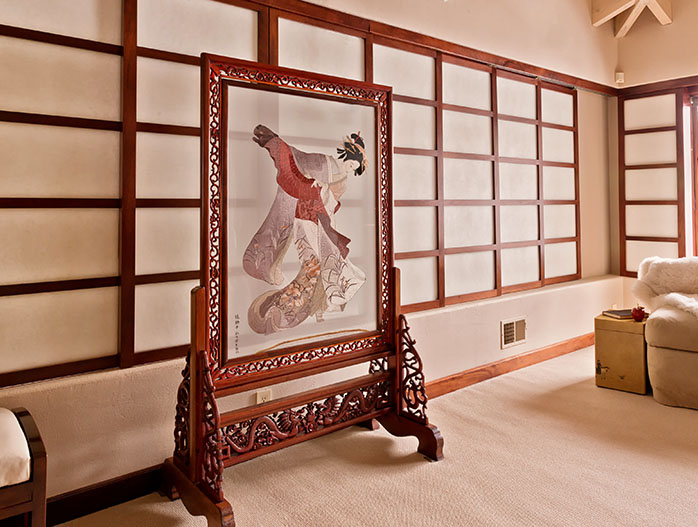 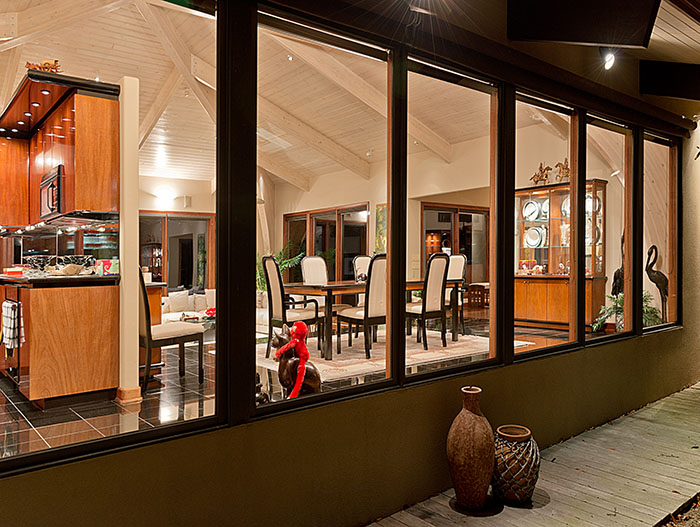 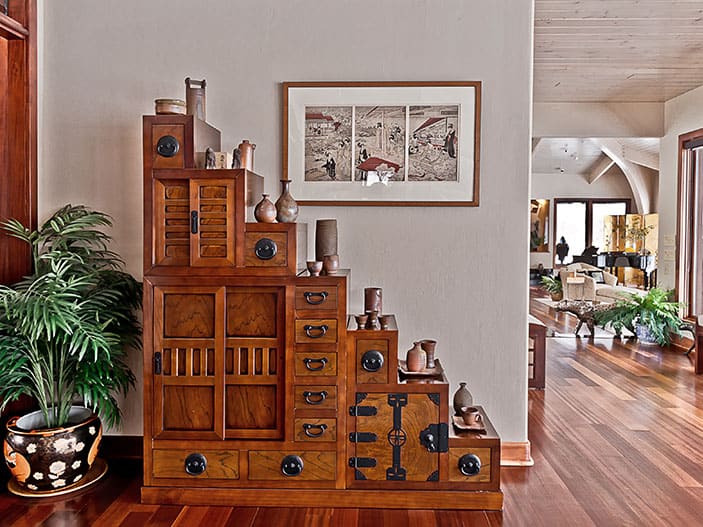 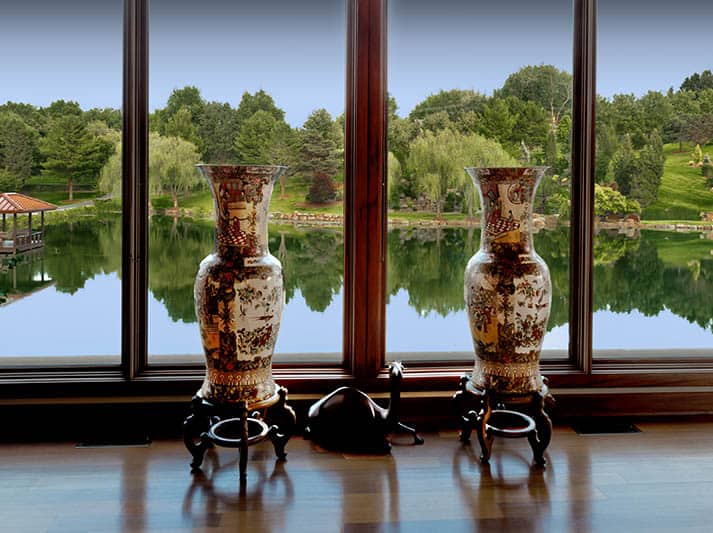 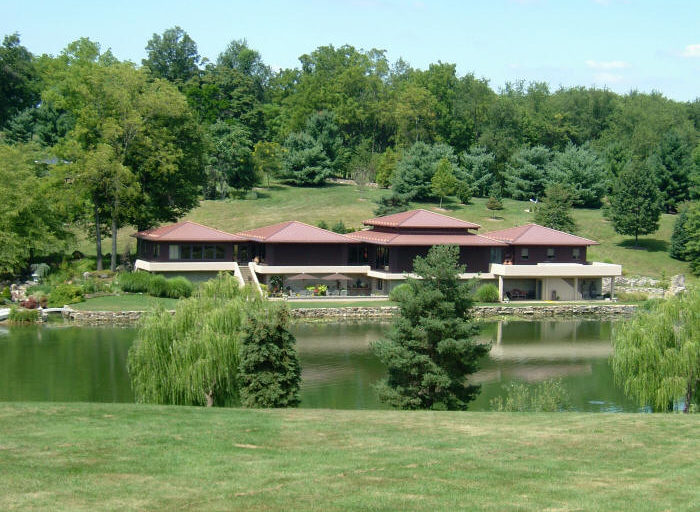 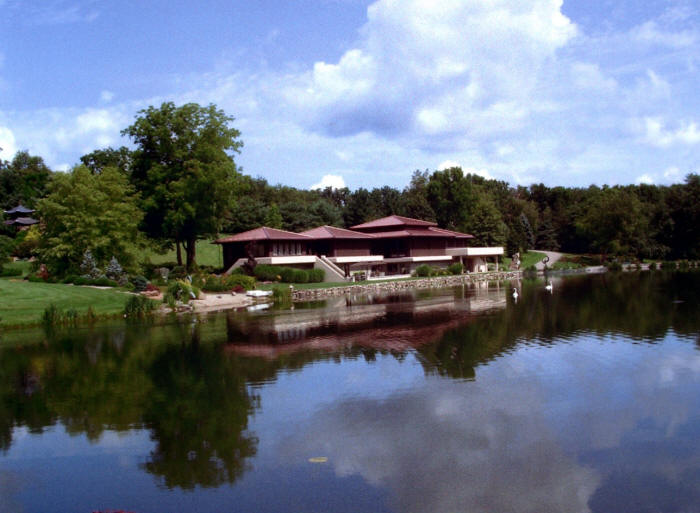 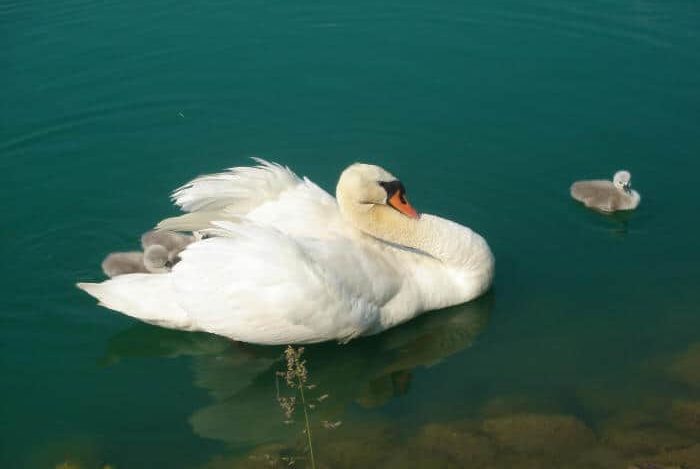 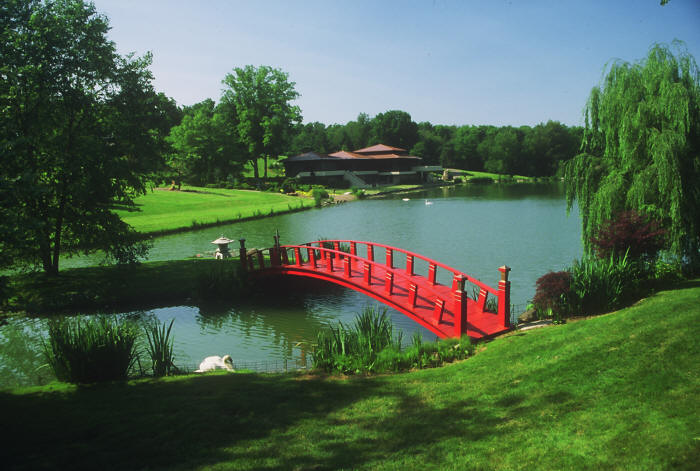 Good News! Our Open House is Coming Up

Schnormeier Gardens will be open to the public this year from June 4th to June 28th 2020.  Hours: 10AM to 4PM, Thursday – Sunday only. Click below to learn more, or follow us on Facebook for regular updates.