The Hosta Garden encompasses one acre of land that was previously rough woodland, a groundhog paradise and whitetail deer central headquarters.

The thought of planting an area with the very favorite food of deer in their headquarters seems entirely stupid at best and fool hearty at the very least. However, with quite a number of successful years of preventing deer damage we felt that the risk was worth it. To date we have had no deer browse. To read about deer control in the gardens please visit our about page.

The area was entirely cleaned up over the last several years and 750′ of dry laid stonewall was constructed. It required over 200 tons of sandstone ‘chips’ and uncounted hours of labor. The wall completely surrounds the area and is forested with sassafras, walnut, cherry, oak, maple, Chinese chestnut, heart nut, and paw paw trees. 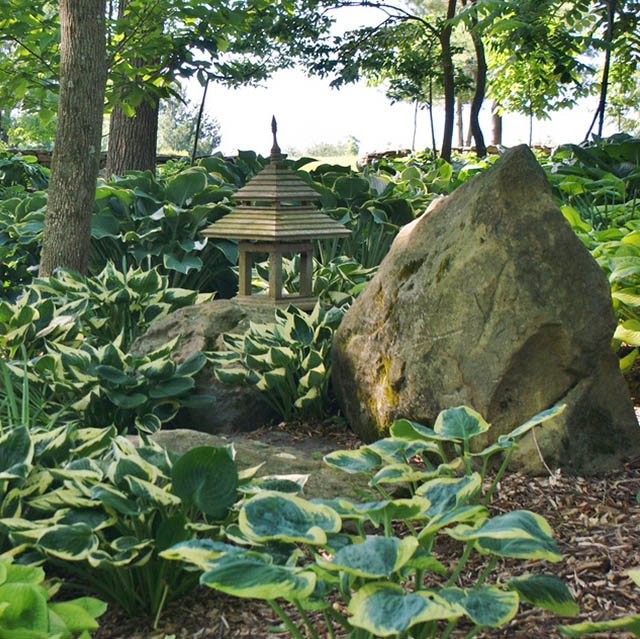 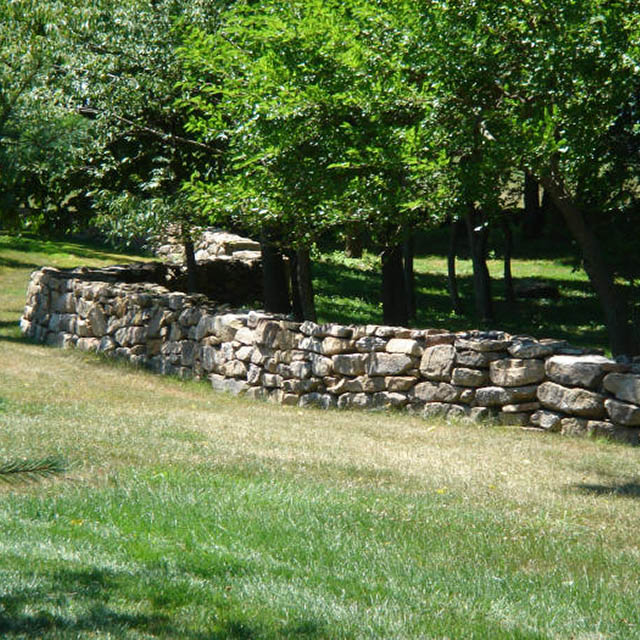 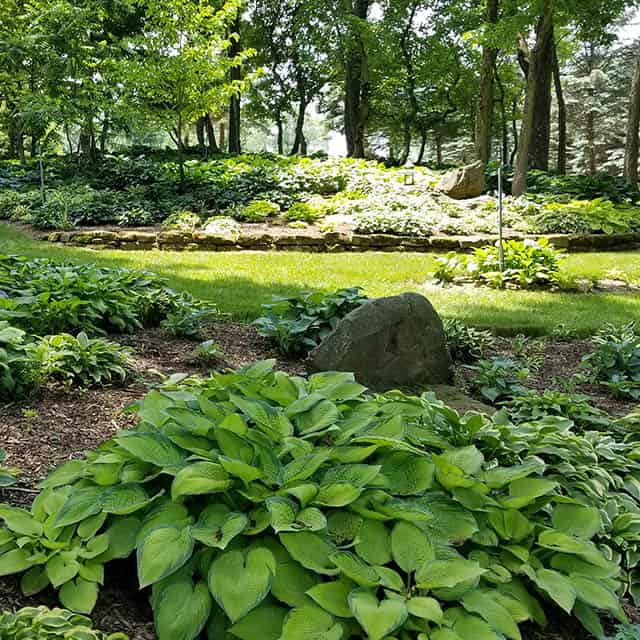 In the fall of 2007 beds for hostas and grass pathways were laid out and a sprinkler system was installed. This is the only sprinkler system in the gardens but was done to keep the hostas lush up to the first freeze as opposed to letting them become tired and dried up. The soil in the beds was generously amended with pea gravel, sphagnum peat moss, fertilizer and tilled into the soil and then heavily mulched and left to ‘work’ over the winter to be ready for planting after the last frost in the spring of 2008.

The Hosta Garden encompasses one acre of land that was previously rough woodland, a groundhog paradise and whitetail deer central headquarters.

Planting commenced with the delivery of one thousand hostas of fifty different varieties on May 12th 2008. An additional 600 were delivered on June 2nd and 600 more in mid July 2008. Since the initial planting we have been graced with a minimum of an inch of rain every week for the first ten weeks and to date have not utilized the sprinkler system.

The photographs will have to speak for themselves whether it was a successful project or not. 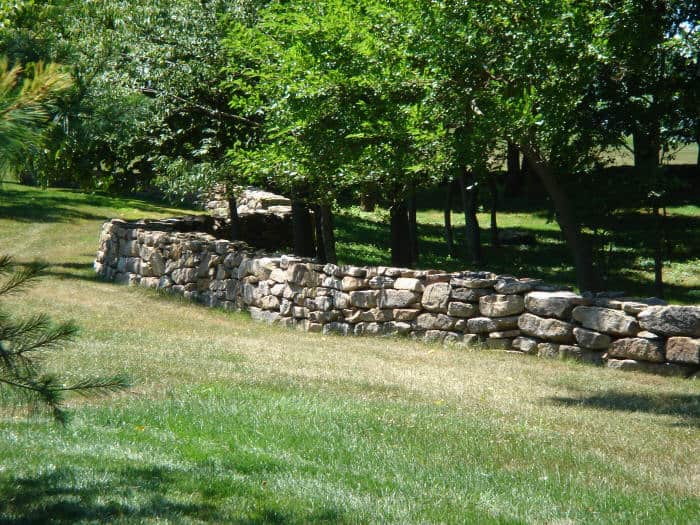 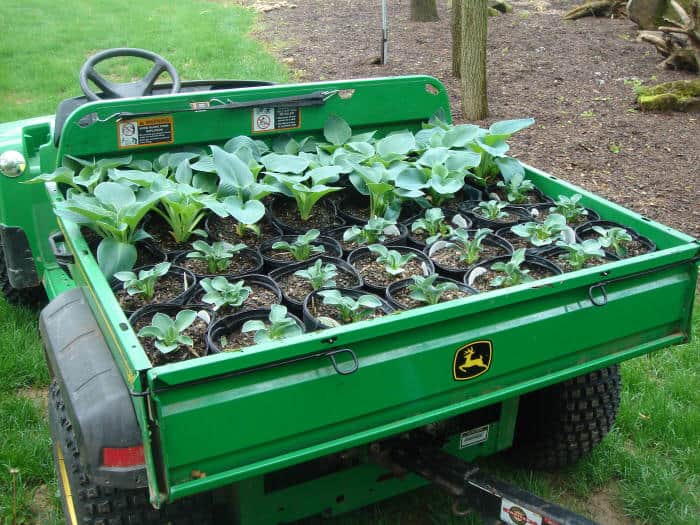 Hauling the hostas from semi trailer to garden 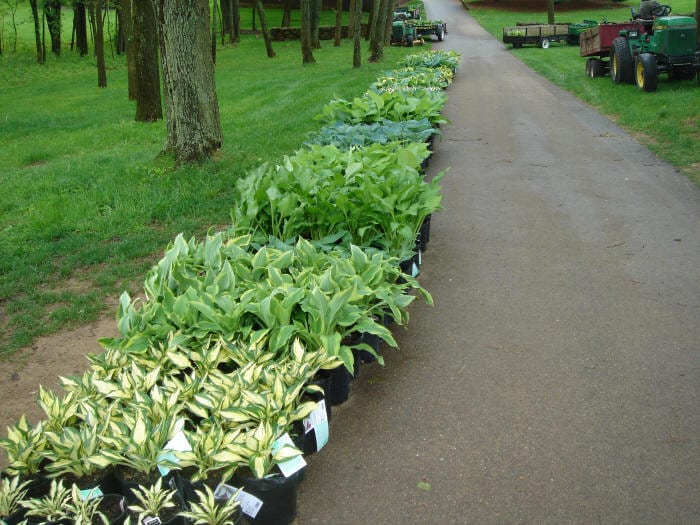 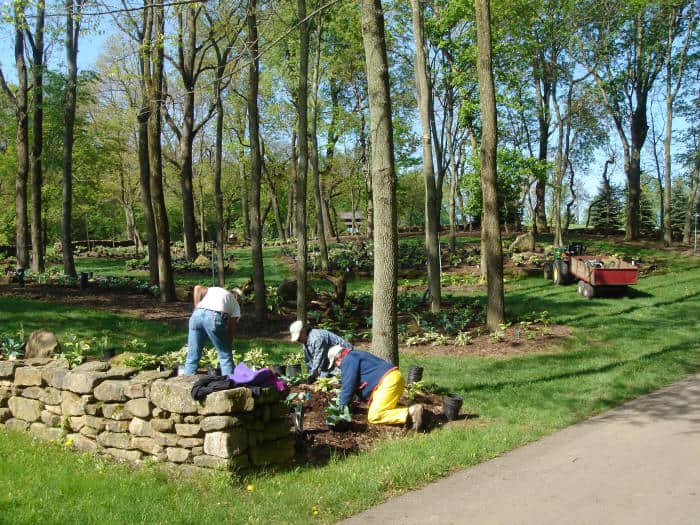 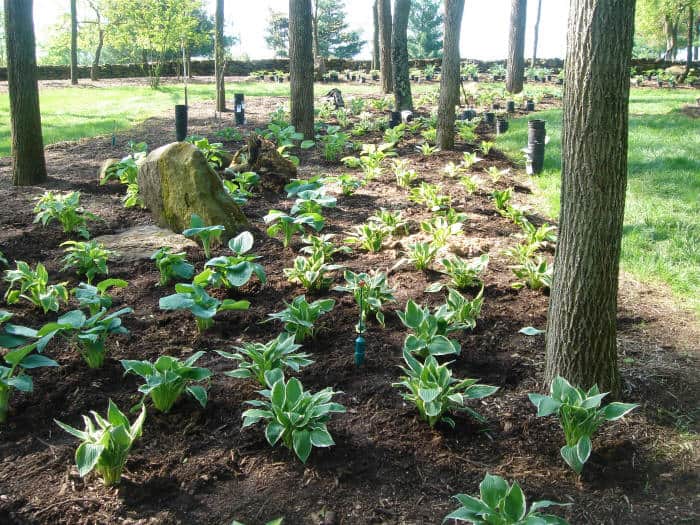 Mostly in the ground 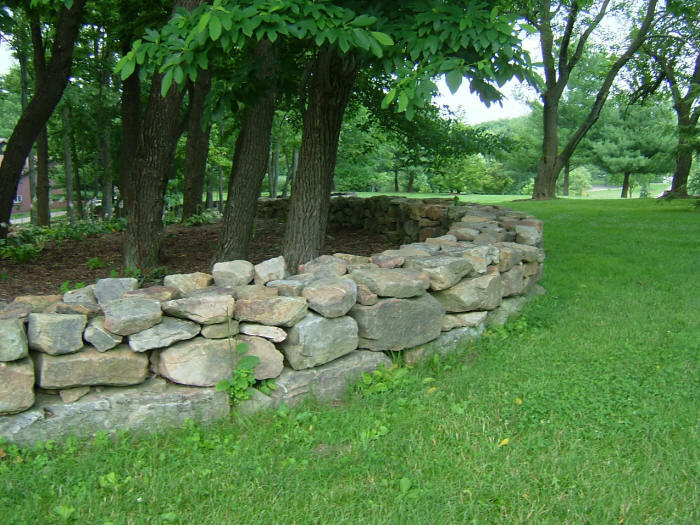 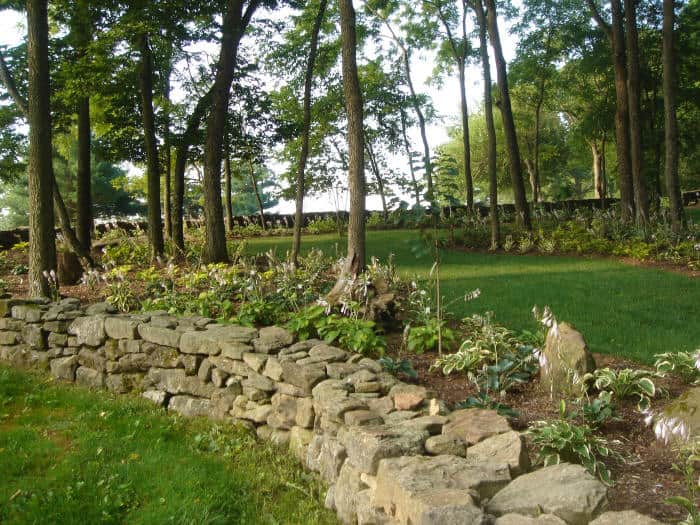 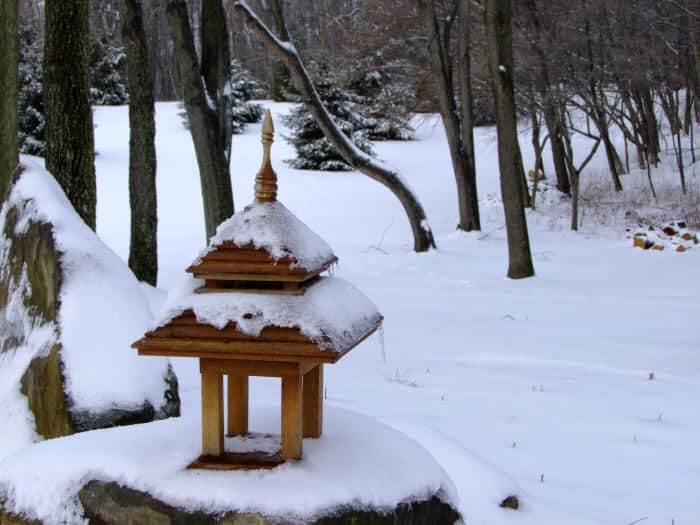